3 reasons why Filipino talent can fail in Australia

Nobody likes to fail.

Unfortunately, that’s what happens within three months to about five percent of Filipinos who migrate to Australia to work for Australian employers.

You might think that failing one out of twenty times isn’t that bad? But the success rate can be improved simply by understanding a few key traits of Filipinos coming to Australia.

I’ll start by telling you what happened to a client of mine around four years ago.  The story illustrates three main reasons why Filipino talent may fail in your company; and I’ll show you what you can do to prevent that from happening.

“This bloke’s just not working out”

A client called me after their Filipino mechanic had only been in the country for a few weeks.

They said “This bloke does not show the skills of a third-year apprentice. We have serious concerns and really don’t think this is going to work out.”

It certainly set my alarm bells ringing. We took the client on face value and assumed that we needed to look into our own processes to see where we went wrong.  I triggered an investigation.

We went through the candidate’s CV; we checked all the references; we checked our entire recruitment process.  But we couldn’t find any cracks in the process. It was determined that the candidate was just as he claimed on the CV.

So, after a week, I went back to the client.  They hadn’t changed their view and believed he still wasn’t up to the task. I asked whether they could give him a little more time. I was convinced that he would come good. They agreed.

A month later, I’d heard nothing. After a day or two of wondering whether to call, I picked up the phone and asked the HR manager how the new guy was coming along now.

She said that she’d heard nothing back from the floor. Was no news good news?

The HR manager called me back a couple of hours later and said “Unbelievable turnaround! This guy’s really working out…we don’t want him to go anywhere.”

That was three or four years ago. I recently checked how the Filipino mechanic was going now and, to quote the client again:

“He’s one of the best workers we’ve ever had in the company.”

In the client story above, if we hadn’t reacted to their first impressions, the candidate would have left. We would have had to find alternative employment for him, which we would have done; and I know how successful he would have been for his second employer.

But, ideally, we want to avoid this scenario where an Australian employer runs into teething problems with Filipino talent. In the vast majority of cases where there are problems, it’s simply down to:

For the best chance of success with a Filipino candidate immediately upon their arrival in Australia, bear in mind the following three factors:

People from Asian countries have a different way of responding to authority than most Australians. As a new employee in a new country, they will say “yes, sir” to instructions and then go about trying to make their understanding of those instructions work. They’ll do this even if they haven’t clearly understood what was said or meant.

This can obviously be frustrating – and potentially dangerous – in the workplace. All sorts of things can go wrong!

Bear in mind that when Filipinos say “yes, sir”, they’re usually coming from a position of honour. They understand the investment that a client has made in them, and don’t want to let them down. They don’t want their boss to think that they don’t understand, so they won’t question instructions. They’re saving face for themselves and their family, who are not even there!

That’s how Filipinos think; but it’s difficult for many non-Asian Australians to appreciate.

It’s really important to not simply give instructions to your Filipino employee and ask if they understand. I can promise you that 99 times out of 100 they will say “yes, sir!”

Impart the instruction and then ask your employee to repeat back what they understand from that instruction. This may be a little frustrating at first. But it sets up a pattern of behaviour that ensures success.

In the client story outlined above, the employer started doing this in the initial ‘problem’ period. They spent time explaining and hearing the candidate’s understanding of the instruction until they no longer needed to do it. This process helped ensure that the Filipino became one of their best workers ever.

2.      The effect that Aussie culture can have on Filipinos

Many of the employers we match to Filipino talent are in blue collar industries. Sometimes, there is a lot of bravado and colourful language on show in the workplace. Bear in mind that this is definitely not what most Filipinos are used to. They do not behave the same way that Australians do at work.

They can get really concerned when work colleagues are raising their voices or swearing. It can cause them to retract back into their shell. They may even think that it’s directed at them. This environment can be threatening to a Filipino until they get used to it.

If the entire workplace can be cognizant of what’s going on with respect to the new Filipino arrival, it can help your employee settle. Remember, this is for the initial period only.

It doesn’t mean that the workplace culture and behaviour need to change forever; it’s simply a matter of being respectful to the new talent still finding their feet.

Most Australians will understand that if it’s explained to them.

3.     Their approach to time and productivity is different

We always talk about this upfront with employers as it can be confusing and lead to unnecessary tension with a new Filipino employee.

In the Philippines, when things get busy, they tend to throw more people at the problem rather than focusing on greater efficiency. Where wages are low, that makes sense in a way.

In Australia, most businesses need to produce so much per hour. The hourly costs of running the business, hiring staff, and so on mean that there is a minimum level of productivity required. So, when dishing out tasks to employees, employers usually know that they need to be completed within a certain period of time to be productive.

This is a foreign concept to Filipinos. Amazingly perhaps, many have never been asked to finish something in a hurry.

There needs to be an understanding of this different attitude to time among Filipino talent. Grant them a settling-in period that allows for the required change in thinking.

Over time, you can build efficiency and productivity into their understanding of what’s required.

We think that a five percent failure rate within three months is unacceptable. Our success rate overall is 99 percent as we simply won’t put someone on a plane unless we’re 100 percent sure that they’ll be successful in this country.

We know they have the skills and talent. It’s only a matter of time before they come good but it’s down to you, the employer, to provide this time.

Email us to find out more about how you can be the next employer to benefit from Filipino talent: sales@tprc.com.au

In view of the ever-changing environment with the COVID-19 virus, Cirrus/TPRC are staying close to all the latest information. Australia has closed its borders to all non-residents for the time being. We support Australia’s decision to stop the spread of the...

As COVID-19 (coronavirus) continues to spread globally, TPRC is continuing to service clients. We aim to provide as much information as possible to ensure our process remains transparent during these challenging times. We are doing everything we can to ensure the... Looking at hiring Filipino talent & bringing it to Australia? It’s a great idea but only if you choose the right agency. Ask these 7 questions to get it right… 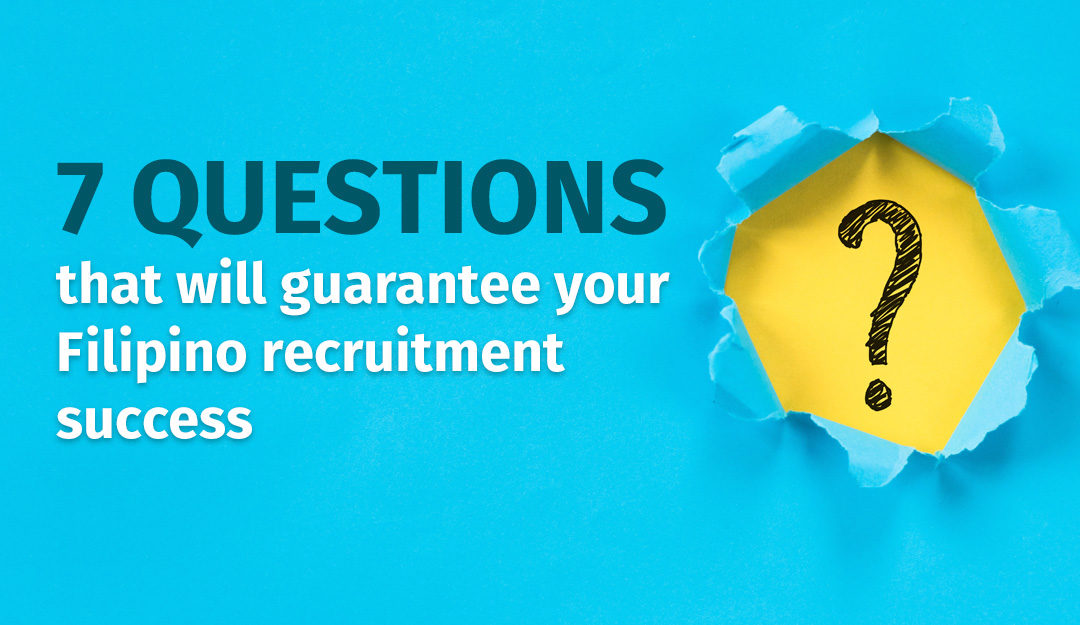 7 questions that will guarantee your Filipino recruitment success

Looking at hiring Filipino talent & bringing it to Australia? It’s a great idea but only if you choose the right agency. Ask these 7 questions to get it right…

REGISTER BELOW TO SAVE YOUR SEAT FOR THE UPCOMING VIDEO TRAINING

By submitting your info, you agree to send it to TPRC who will process and use it according to their privacy policy.

REGISTER BELOW TO SAVE YOUR SEAT FOR THE UPCOMING VIDEO TRAINING

By submitting your info, you agree to send it to TPRC who will process and use it according to their privacy policy.